Leigh Tec Systems have been busy over the last 6 months, expanding their existing manufacturing plant in Goole, East Yorkshire.

After seeing an increase in demand for their ventilation products, Leigh Tec Systems have re-invested their profits into state of the art equipment.

Part of the old site was demolished to create space for the new 45 x 10 metre building, making way for the purchase of an Esprit Plasma Cutter and an Amada 4Kw Laser Cutter, which complements their existing CNC Punch Machine. 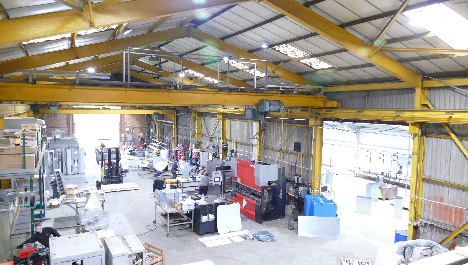 Robert Leigh, Managing Director at Leigh Tec Systems explains “We are excited that our new manufacturing plant is now completed giving us faster and better production rates. It has also enabled us to expand the ductwork side of the business and has opened up new opportunities to carry out subcontract work for businesses such as fabricators”.

As a result of this investment Leigh Tec Systems have also employed more staff to meet the new demands which is great news for the local economy and well as British Manufacturing.